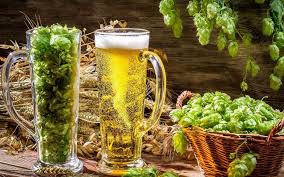 A study published in the Journal of Agricultural and Food Chemistry has illustrated the protective effects of beer hops. A compound found in hops protects against the oxidative stress associated with oxidative-stress-induced neuronal cell damage and the damage that leads to the development of neuro-degenerative disease such as Alzheimer’s and Parkinson’s disease.

The researchers investigated the impact of xanthohumol, the hop compound, on neuronal cells. xanthohumol has antioxidation, cardiovascular protection and anticancer properties.

The scientists wanted to test the research premise that protection of neuronal cells could slow the oxidative damage to these cells. Tests revealed that the compound activated a transcription factor called Nrf2 inneuronal cells and confers a protective benefit. xanthohumol treatment of a neuronal cell line revealed impact on cyoprotective genes as well as the corresponding gene products, such as glutathione, heme oxygenase, NAD(P)H:quinone oxidoreductase, thioredoxin, and thioredoxin reductase.

The researchers concluded that the hop compound has the potential of slowing down the impact of certain neurodegenerative diseases. Previous research has revealed that xanthohumol improved memory in young mice but had no impact on older mice. A mice model was used to test the influence of dietary supplements of xanthohumol over the course of eight weeks. Their goal was to determine if xanthohumol could affect palmitoylation, a naturally occurring process in animals (including humans) that’s associated with memory degradation. The mice then went through a series of tests—including the popular Morris water maze—to gauge whether or not the treatments had improved their spatial memory and cognitive flexibility. The younger mice showed considerable improvement in contrast to the older mice where xanthohumol didn’t seem to have any effect.